The Parent-Infant Research Institute’s (PIRI’s) 21 Year Anniversary event on October 27 was a heartfelt and memorable celebration bringing together PIRI clinicians and researchers, PIRI’s board and ambassador, Austin Health Executive and board members, senior researchers, health professionals and collaborators.

It was a room filled with laughter, passion, and a strong commitment to reducing the immediate and long-term impact on mothers, fathers, children, and families.

The event began with a Welcome to Country, which set the scene for welcoming words by Adam Horsburgh, CEO Austin Health, who commended PIRI on its 2022 NHMRC Centres of Research Excellence (CRE) Grant and welcomed visitors including representations from 3 universities – Melbourne, La Trobe and Monash. Professor Helen Skouteris shared a letter of congratulations from The Hon Mark Butler MP.

“I commend the ongoing work of the Parent-Infant Research Institute in leading research and evidence-based digital perinatal mental health treatments for parents experiencing or at risk of perinatal mental illness, including through the MumMoodBooster online program. The Government recognises the important role of digital mental health services as an opportunity to reduce barriers to seeking mental health care such as stigma, geography, wait times and cost.”
– The Hon Mark Butler MP, Minister for Health and Aged Care

This was followed by Professor Jeanette Milgrom, Director PIRI, presenting 21 years looking forward looking back, and heartfelt words by Stephen Kennedy regarding his lived experience and the welcome addition of the DadBooster program developed by PIRI.

PIRI’s celebration of 21 years working with families and health professionals is ensuring better outcomes and a brighter future for all Australians.

1 in 5 Australian women experience perinatal anxiety or depression and 1 in 10 new or expectant dads experience depression after the birth of a child. The urgent need for early intervention to reduce the immediate and long-term impact on mothers, fathers, children, and families is a major focus of PIRI’s work.

PIRI is a not-for-profit institute which conducts international research committed to supporting parent well-being and infant development and develops rigorously evaluated early intervention programs that enhance perinatal mental health and improve early parent-infant relationships (0-2 years). PIRI’s 21-years of ground-breaking work has resulted in a suite of evidence-based programs that have and will continue to provide support to thousands of Australian mothers, fathers, children, and their families.

PIRI operates on the premise that early intervention is the key to better outcomes not only for maternal well-being but for the immediate impact on infants, and during later life. The quality of early relationships informs outcomes in life generally and early intervention can help promote resilience in individuals and families.

According to Professor Jeannette Milgrom, Executive Director of PIRI, “the first years of life are critical and when things go wrong, we need to intervene early”.

“In these early years, the basic ‘sculpting’ of a child’s brain takes place, a time when infants are completely dependent on their parents and caregivers. There is growing evidence that early experiences influence brain structure and the connections made among brain cells. These connections can affect a child’s immediate and future cognitive, emotional, and behavioural development,” Milgrom says.

When depression is present, we need to treat both maternal depression and the parent infant relationships and assist parents in the preparation for parenthood,

In recognition of PIRI’s commitment and expertise, The Hon. Mark Butler, MP recently announced the results of the 2022 NHMRC Centres of Research Excellence (CRE) Grant Scheme. PIRI’s Professor Jeannette Milgrom is Chief Investigator (CIA) on the successful application, titled Science Translation for e-Psychological Perinatal Supports – STePPS CRE. The new STePPS CRE will be a national research centre driving the identification, development, and translation of the most effective, cost-effective, and sustainable e-mental health interventions in the first 1000 days (conception to two years).

The PIRI team is excited to be celebrating 21 years and welcome this opportunity to extend the suite of its consumer co-designed, evidence-based intervention and treatment programs that have and will continue to provide support to thousands of Australian mothers, fathers, children, and their families.

Looking to the future

PIRI’s aim is to continue to be one of the foremost providers of new knowledge and perinatal mental health supports and works passionately to protect the mental health and wellbeing of new parents and to safeguard the development of their infants, from pregnancy and throughout infancy (0-2 years). PIRI is a dedicated Centre committed to developing and delivery of very early treatment and prevention programs in a systematic way and promoting the needs of infants.

A major focus of PIRI’s work will be to promote the importance of including the infant in the context of perinatal mental health difficulties experienced by parents. A child’s environment is largely influenced by an infant’s relationship to his caregivers, which can powerfully influence levels of stress, and the infant’s ability to learn and self-regulate. Importantly, secure attachment has its roots in the earliest relationships and predicts later ability to relate.

“Investing in the period from birth to toddlerhood is critical not only for child development but also for greater community benefit. By giving our children a better start, we all stand to benefit,” Milgrom says.

Investing in the earliest years to build a brighter future is PIRI’s mission. 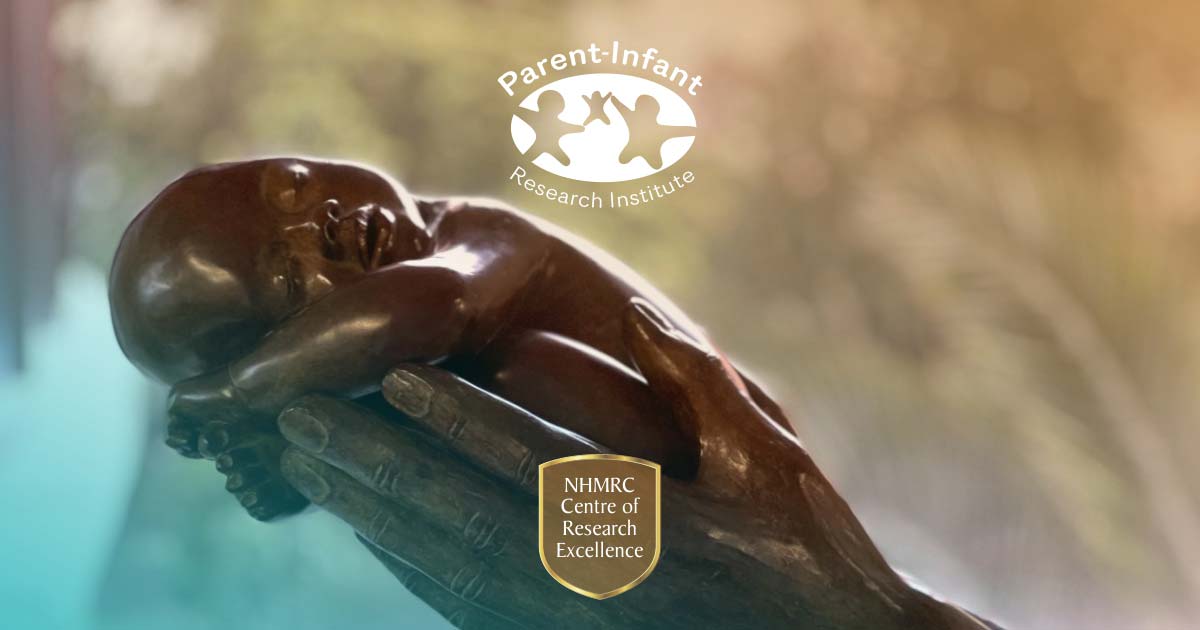 What is perinatal anxiety and depression and how can I get help?